As I have mentioned before, I work for an awesome software development studio in San Francisco called Cloud City Development, and back in June we published Part One of the series Zero to BLE, which is a tutorial series focusing on developing for iOS using Core Bluetooth.

Today, I’m super excited to be able to announce that Part Two of the series has been published! As in the first article, the examples in the article are written in Objective-C, not Swift, and it has an associated tutorial project on Github that you can download and experiment with. 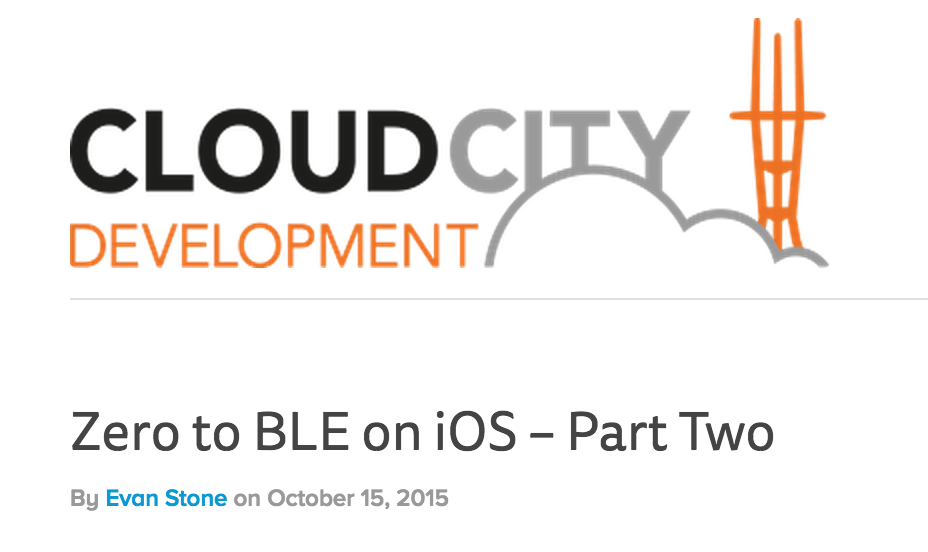 Again, I would like to thank Cloud City Development for allowing me to create this series, and I’m already working on Part Three, so look for that in the upcoming weeks!